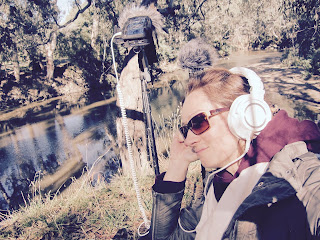 Nela Brown is an award-winning Croatian sound artist, technologist, researcher and lecturer living in London, UK.  She studied jazz and music production at Goldsmiths, University of London , followed by a BA (Hons) in Sonic Arts at  Middlesex University London . Since graduating in 200 7, she worked as a freelance composer and sound designer on  award-winning international projects including theatre performances, dance, mobile, film, documentaries and interactive installations.  In 2013, she won a Highly Commended  WISE Leader Award for setting up innovative programmes "to  inspire girls and young women to engage with the male-dominated field of computer science" in her role as  the Chair of  G.Hack  (2011-2016) and Chair of  WISE@QMUL  (2012-2013).   In 2014, she started   FLO , gathering an eclectic group of musicians and technologists exploring co-located and distributed collaborative music making within different contexts and across different geographical locations
Read more